Parish Magazine article from October 2016 about historic orchards in Bishopsteignton

Old maps of the area, dating from the mid-1800s, show extensive areas of orchard throughout the Parish of Bishopsteignton1.  The grounds of several of the old estate houses and farms within Bishopsteignton village appeared to be almost entirely occupied by orchard, which is estimated to be as much as 50% of what is now the built part of the village. The area occupied by orchard in the Parish had rapidly declined by the mid-1900s (although not quite so much in the hamlet of Luton). In Bishopsteignton nowadays evidence of orchards can be found in street names e.g. ‘The Orchard’ and in several house names but most of their physical presence has gone except for a few trees within some gardens and some newer planting at the Lawns.  According to the National Trust since the 1950s around 90% of traditional orchards in Devon have been lost, most of which were for the production of cider. 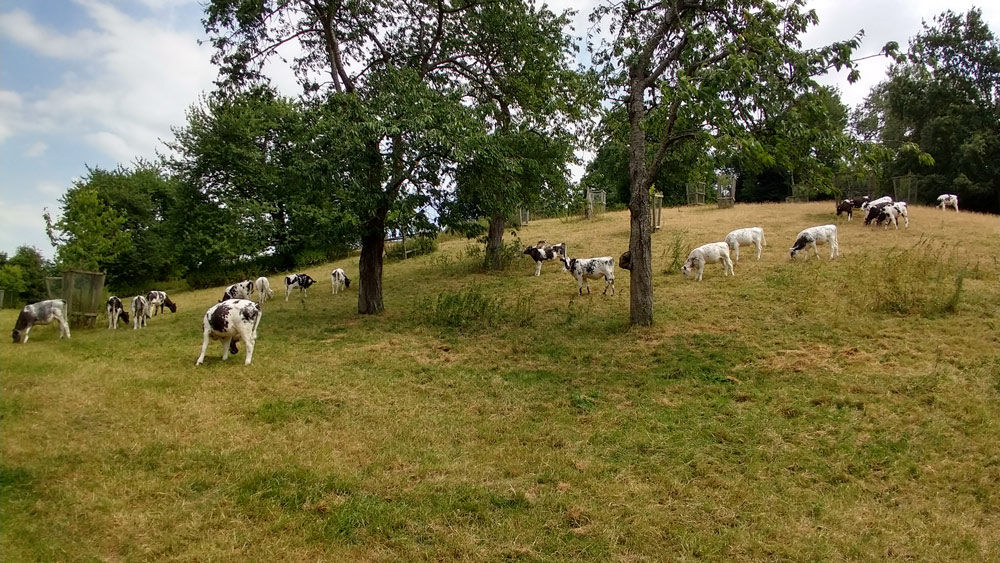 Orchards are hotspots for wildlife in the countryside and are now considered a rare habitat. As such, they were added to the UK Biodiversity Action Plan in 2007. They often contain a mosaic of habitats, all of which can support a wide range of wildlife including some of our rarer species including dormouse, long-eared bats, bullfinch, lesser spotted woodpecker, noble chafer beetle and mistletoe marble moth. Orchards are also a focal point for communities and many skills and customs surround them, such as wassailing, recipes, songs, growing skills etc.

The loss of orchards across Devon and the rest of the country is a growing concern because many locally significant varieties of apple, and other fruit and nuts are no longer grown. Gardeners and commercial growers alike are now encouraged to plant varieties of fruit local to Devon to prevent them from being lost. Many of which include interesting flavour characteristics and names such as  the apples ‘Slack-ma-girdle’ and ‘Pig’s Nose’, which thrive in the Devon climate. The website devon-apples.co.uk/ provides a comprehensive list of local apple varieties; several are available from local nurseries. Why not plant an apple tree or an entire orchard!