The history of The Old Commercial Inn, Clanage Street, a public house: the building, it’s owners, occupiers and sportsmen and women.

History of the Building, Innkeepers, Sports

History of the Building

Various tradesmen have hinted at “Tudor” timbers in the roof.  So far,  brief investigations for maintenance have identified two previous roof lines, along with traces of thatching material in the loft space.

Two of these handmade, traditional Devon pottery mugs have been acquired (one design in series of historic pubs, c.1930s) and now hang over the main bar. 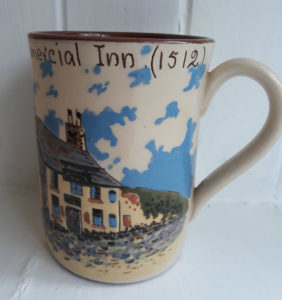 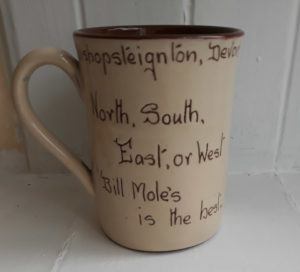 The Old Commercial Inn mug back

The text on the front reads The Old Commercial Inn (1512) and on the back, Bishopsteignton, Devon – North, South, East or West ‘Bill Mole’s is the best.

Historic England has given the property a Grade II category listing, with the description: “Probably C17 origins with C19 alterations.”

In the pub there are a selection of external photographs of The Inn from years gone by, 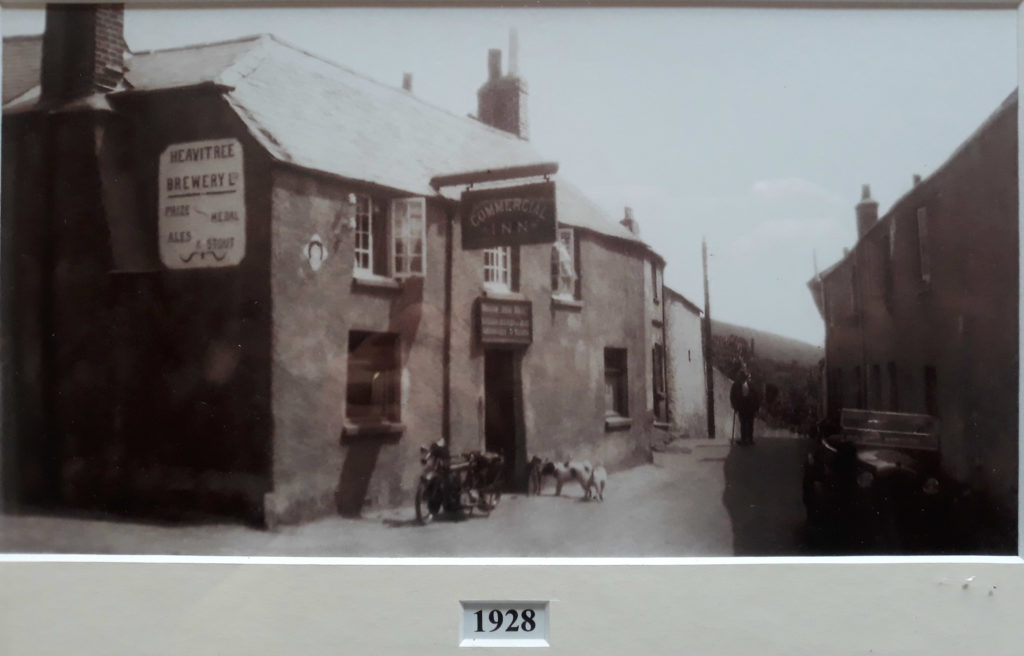 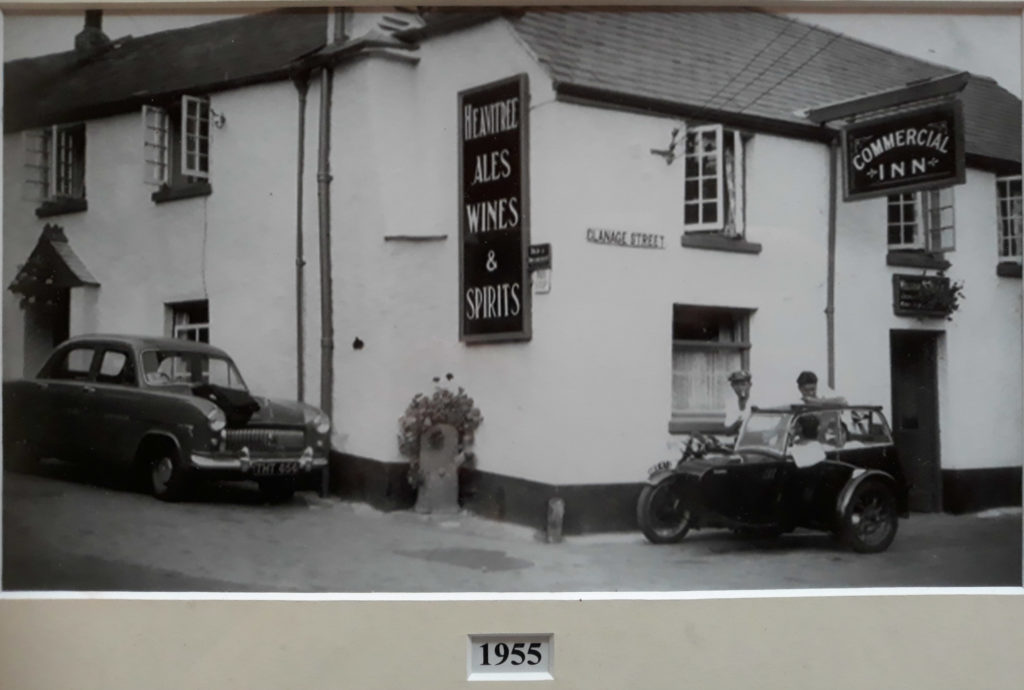 The Commercial Inn from West Street 1955

1796  The Burial Register records the burial in June of William Hore, Innkeeper.

1815  This inn was apparently called the Old Inn.

1836  The Tithe Map records the property as the Commercial Inn, the owner as John Fulford and the occupier as William Piles and others.  This record also lists these occupiers as tenants of a cottage and garden further up Smith Hill on the right hand side (possibly the property now called Mount Radford).  John Fulford also owned a homestead and garden at the top of Shute Hill (possibly on the site of what is now the Community Centre).

1838  The Baptism Register records a child of William aged 25 and Sarah aged 30 being baptised.

1841  The Census names William Pile aged 25, Publican and Sarah Pile aged 30, with a 2-year-old William as occupying this house.

1856  The Post Office Directory names Mrs Sarah Piles as living at the inn.

1890  In this year William Boone is names ‘victualler’

1891  The Baptismal Register records the baptism of a child of William Henry Boone.

1897  Kelly’s directory names William as being the victualler here. As it does in 1902.

1916  The Burial Register records the burial of William Boone, aged 74.

Mr W. S. Pinsent to Heavitree Brewery Ltd of 30th March 1920 (article 15) all that messuage tenement or dwelling-house known as the “Commercial Inn” with the outbuildings yard courtlage garden hereditaments and premises thereto belonging situate and being in the Parish and Village of Bishopsteignton in the County of Devon and also all those two cottages situate adjoining or near to the aforesaid dwelling-house inn and premises and in the Parish and Village of Bishopsteignton aforesaid and now in the occupation of Boone and as tenants thereof.  (From the records of Heavitree Brewery.) 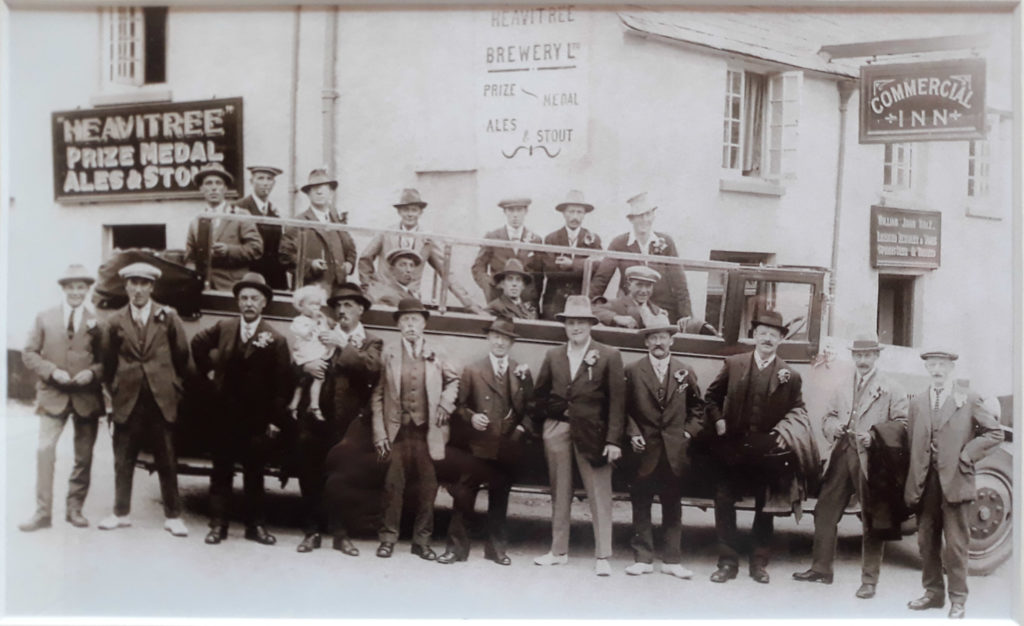 A group charabanc trip outside the Commercial Inn viewed from West Street pictures Bill Mole in the centre (in front row, dark jacket with right hand in trouser pocket) on 13th August 1926.

Mic’s wife Dot retained the tenancy after her husband died and continued to live on the premises when she took on managers to help her run the pub.  A lovely memory of Mic and Dot’s time living at The Inn  is shared here by Graham Andrews (2012).

10th August 1961, Miss F. H. Goddard to The Heavitree Brewery Limited Conveyance of Part of the Gardens belonging to “Clanage” Bishopsteignton, Devon.  (From the records of Heavitree Brewery.)  Land to be used as a car park and beer garden cost the brewery £1000.

14th October 1994 the tenancy was handed over to Mrs Sue Humphrey.

20th September 2004 the tenancy was handed over to Mr Trevor Abbott.

19th December 2011 the tenancy was handed over to Inn Taverns Ltd.

4th October 2013 the freehold to the inn was purchased outright from The Heavitree Brewery Plc by Mr Sidney Thomas Barnes and Mrs Yvonne Barnes.

22nd June 2018 the freehold to the inn was purchased by Mr Michael Smith and Mrs Katharine Smith of  Somerset.

Darts is still a big part of life at the Old Commercial.  The darts team currently plays in the local Licensed Victuallers Association league and meets weekly for games.

We have some beautiful trophies and other ephemera which give details of past matches and team members achievements. 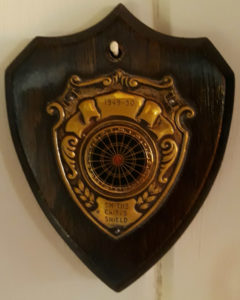 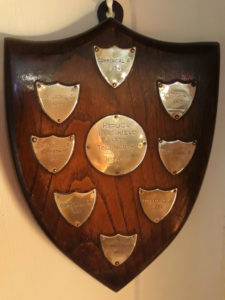 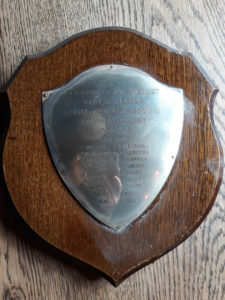 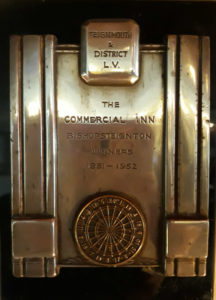 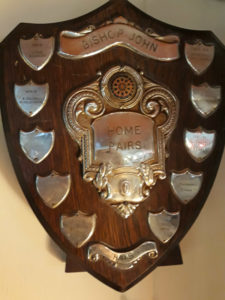 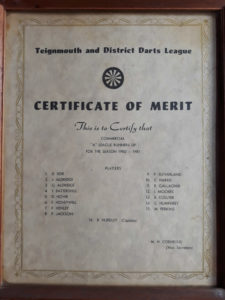 One name that recurs on the trophies is Fred Honeywill, an accomplished player.  At the time of writing Fred is still an active member of the pub team.

Currently the pub has a mixed team but there was once an active Ladies team. The pub also houses a cricket trophy from The National Village Cricket Championships. Local newspaper report on the match

Mr Graham Crocker, Managing Director of The Heavitree Brewery Plc kindly supplied some of the tenancy information in his letter of 15th January 2019, along with copies of some photographs.