The story of HMS Argonaut; crippled by an Italian submarine attack, she made it across the Atlantic to be rebuilt and returned to the beaches of Normandy for D-Day. 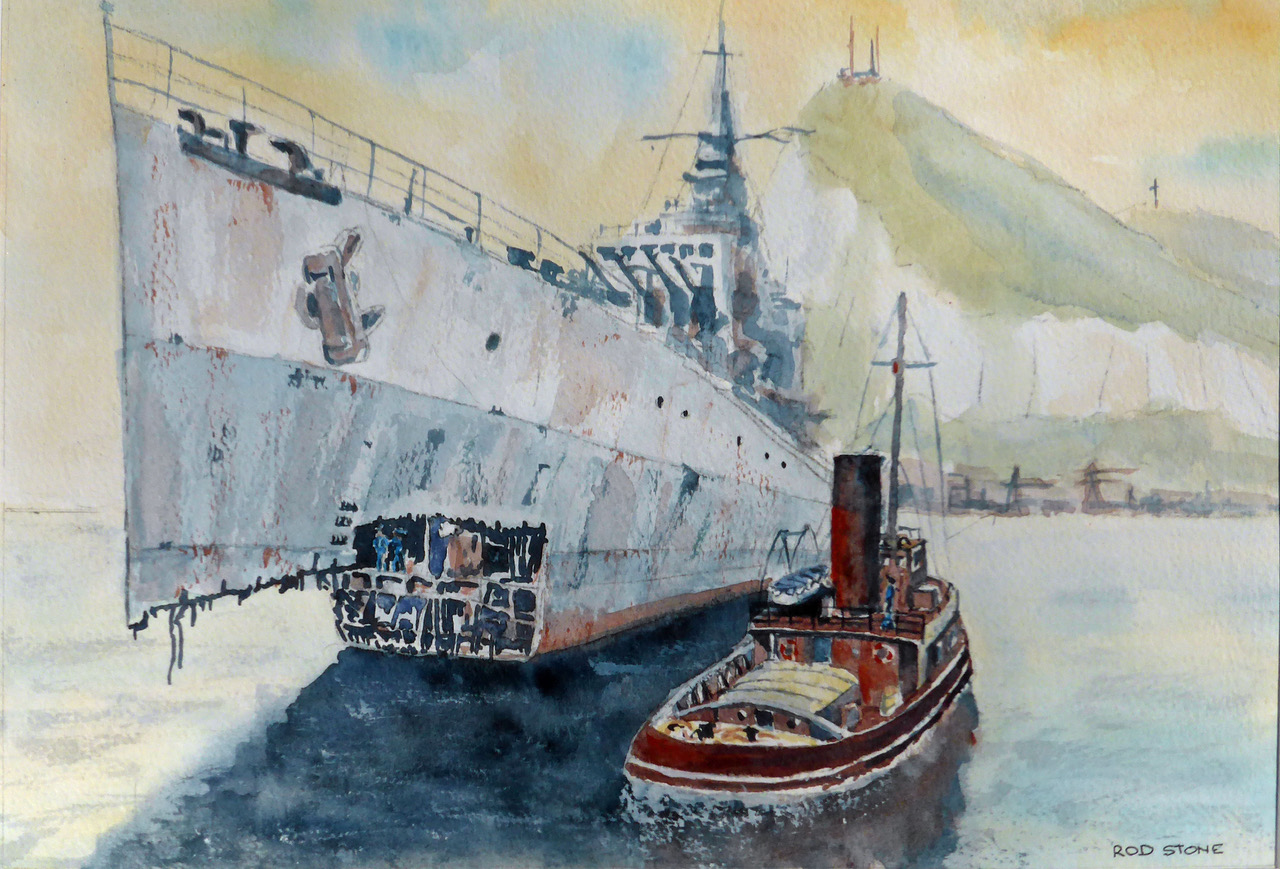 In December 1942 the Argonaut was hit by two torpedoes, launched from an Italian submarine that obliterated her bow and stern sections. Her rudder and two of her four propellers were completely destroyed. In Spring of 1943 Captain Henry Haynes RN, the stepfather of Bishopsteignton resident Angie Guy, was commissioned to take the crippled cruiser across the Atlantic to Philadelphia for repairs. Unescorted, the Argonaut managed to avoid U-boat encounters and after 23 days at sea, she safely reached her destination. 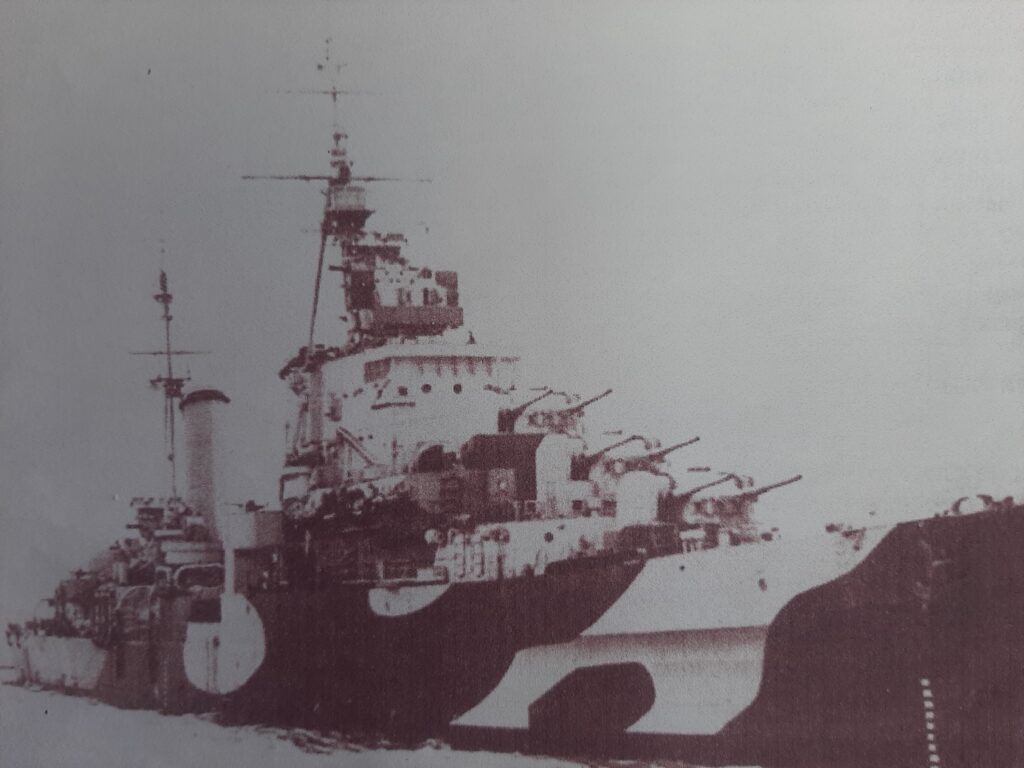 The forward torpedo had destroyed the bow and the rear one took out nine cabins into the sea, leaving one propeller in the air and the others splayed beneath the water; she was afloat, but only just. The enemy thought they had destroyed the ship but the Argonaut was built of stronger stuff. 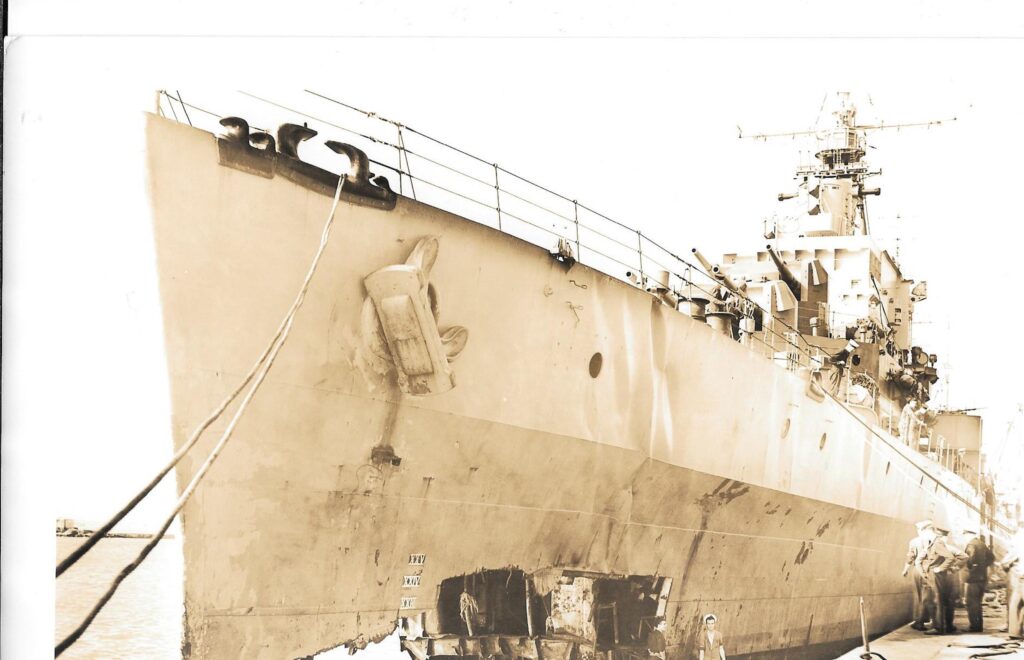 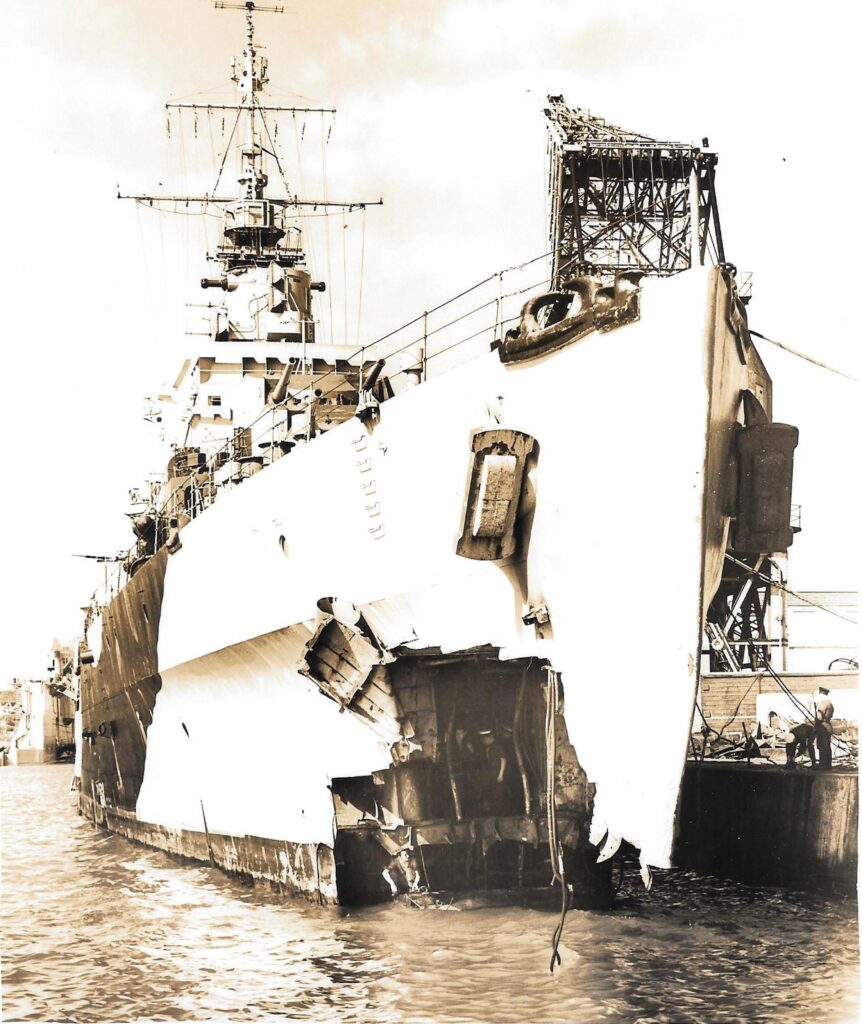 Great work was done by the crew shoring up both ends and eventually they made it back to their base at Bone in Algeria, then to Algiers and from there to Gibraltar, where Captain Henry Haynes took command of HMS Argonaut on March 28th, 1943. 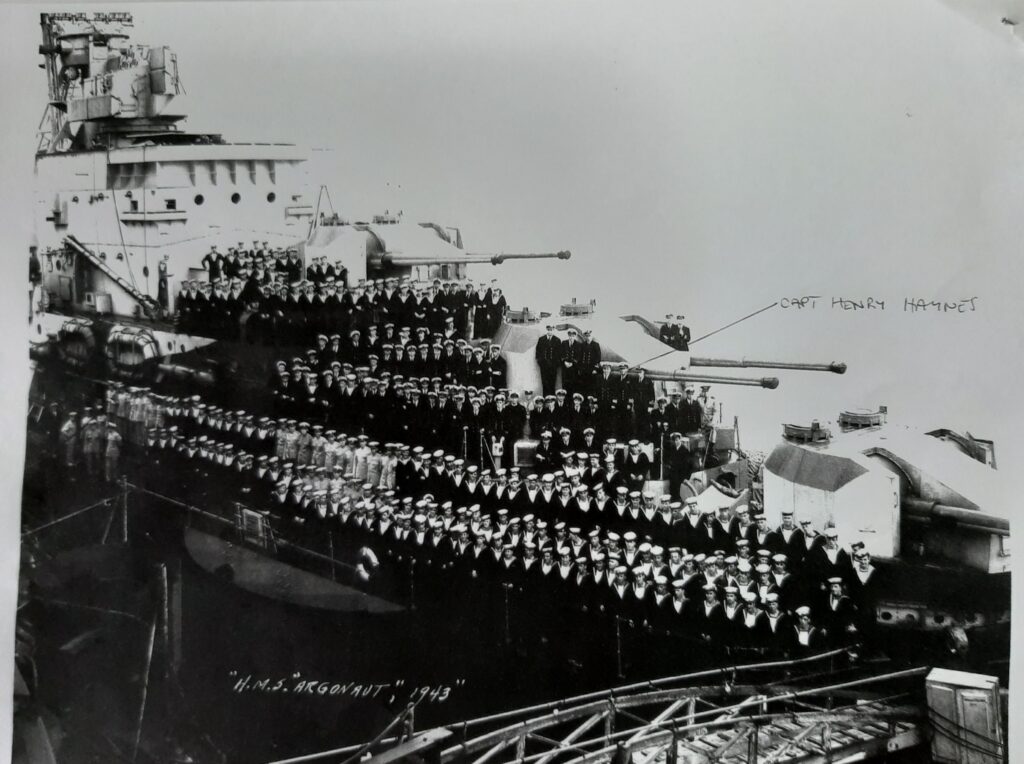 On April 4th 1943, Argonaut set sail for Philadelphia, escorted by the destroyer HMS Hero. With no rudder and only one engine, Argonaut had to be steered by varying the speed of her two functioning propellers. Her escort developed engine trouble and, on April 9th, left Argonaut to continue on her own. By dogged determination her crew took the cripple across the Atlantic under her own power; though her speed at one point dropped as low as four knots, she still pulled through.

After four days she was sighted by the American destroyer USS Butler and escorted to Bermuda, where some additional repairs were done, and escorted from there to Philadelphia by the minesweeper USS Tumult and USS Pioneer, reaching port on April 27th. In the dockyard at Philadelphia dockworkers rebuilt her bow and stern and repaired other damage. Of the cruiser’s 512 ft it was necessary to rebuild 182 feet; 59 ft at the bow and 123 ft aft, starting from a point nearly amidships.

During the work, in spite of the din caused by the welding and riveting that had to be done, the crew lived aboard. According to their American allies their only request was “Hurry it up all you can, we want to get back out there!”

HMS Argonaut left Philadelphia fully repaired in November 1943 and went on to take part in the invasion of Normandy, ‘Operation Overlord’,  on D-Day, June 1944, and that of Southern France in August that year. In September she operated against German forces in the Aegean and in November was sent to the South Pacific for operations against the Japanese.

After the war, she was laid up on return to the UK in 1946 and saw no further service before being scrapped in 1955.

All information and photographs courtesy of Angie Guy.