When Nigel Wollen was researching the history of his family in Bishopsteignton he  came upon these diaries relating to his ancestors’ childhood holidays in the village. 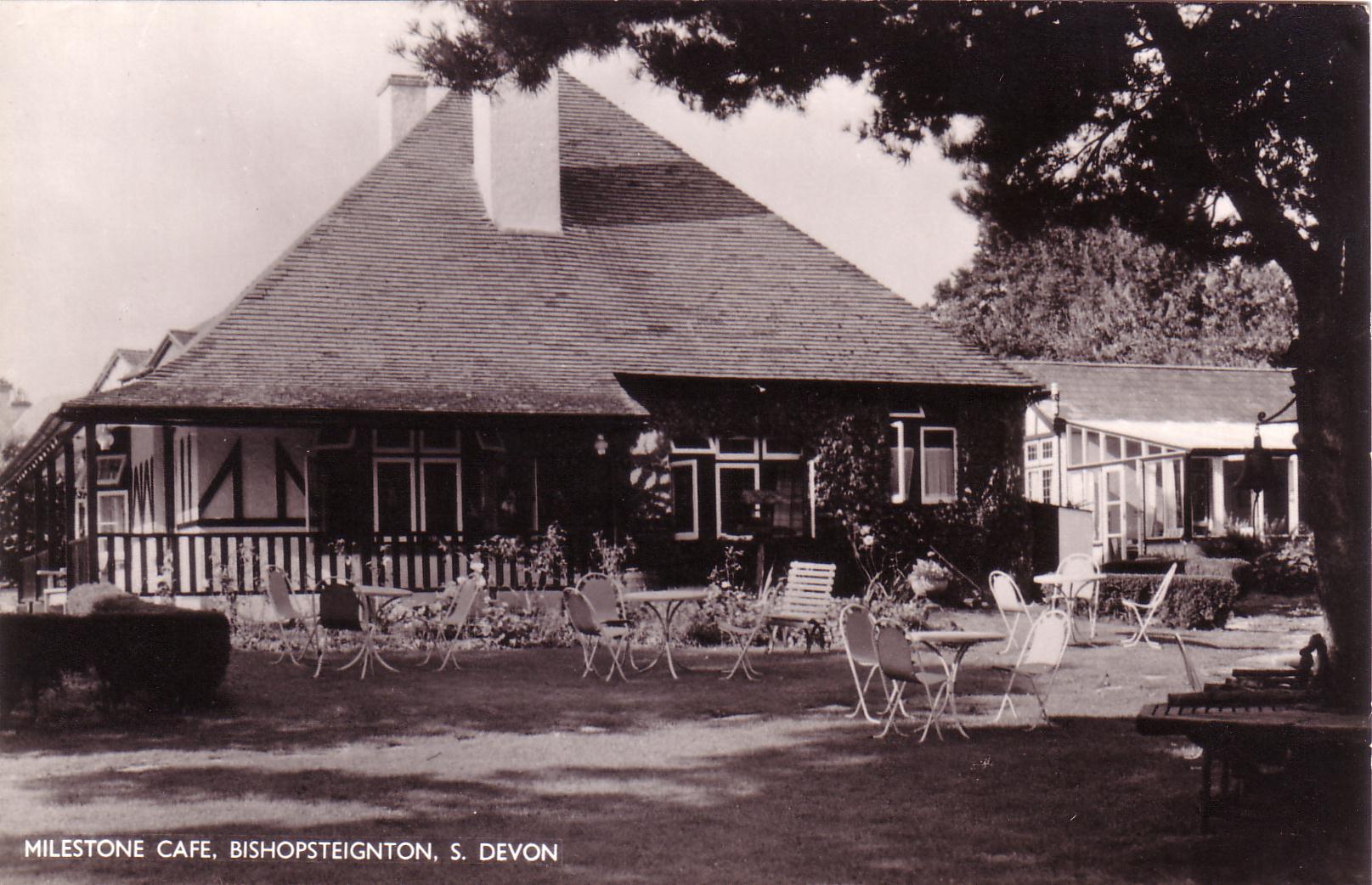 Here at BH we would like to hear from anyone who would like to contribute to an article about how you or your family or business has dealt with lockdown, and how you are intending to continue as we start to come out of lockdown and things open up again. We want to document current history as it happens in the village. Tell us how you managed with home schooling, and how you feel about your children returning to school. How you managed to get shopping or help with other problems if you have been self isolating. How you have managed to organise your business, used online face-to-face communication or just how you have kept yourself busy and sane during this very strange time. Now that parents and grandparents can start to revisit their families, how have you dealt with social distancing and other prohibitive measures? Please let us know, by email if you can or if not by post to; Bishopsteignton Heritage Hub, Community Centre, Shute Hill, Bishopsteignton, Teignmouth TQ14 9QL. We look forward to hearing your stories.

We are also hoping to collect photographs of the shops and businesses in Bishopsteignton throughout the years. If you have any photographs in your collection that include shops, pubs or other businesses, even in the background of another event, please do get in touch. If you can scan them you can email them to us at [email protected]

If not please let us know and we will arrange to collect them at some point. Then we can scan them and return them to you. Like this picture of the Milestone Cafe, no longer there, but where was it? 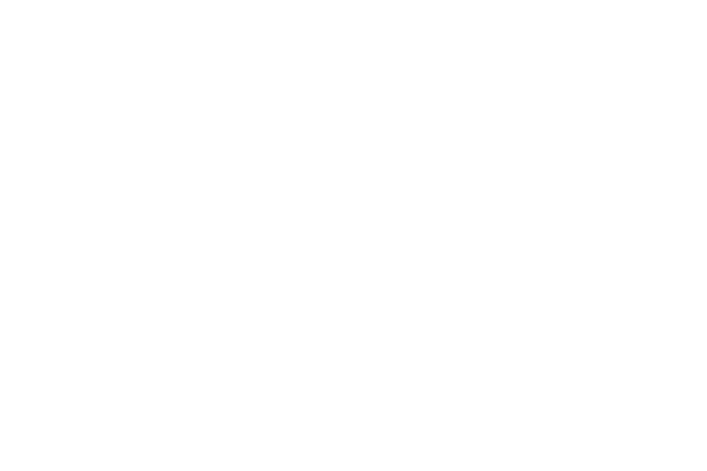 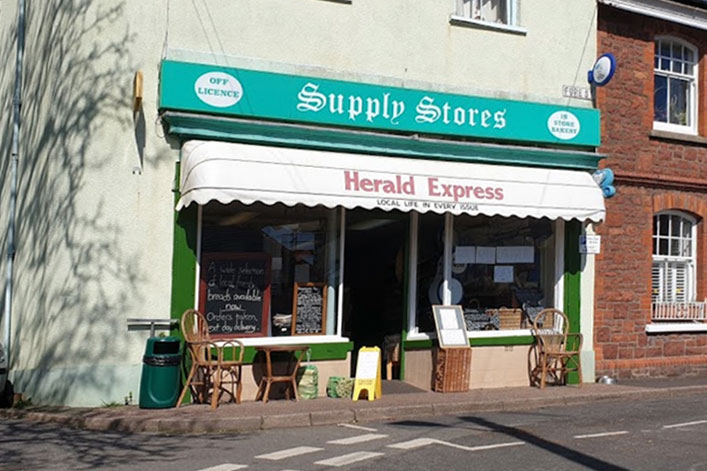 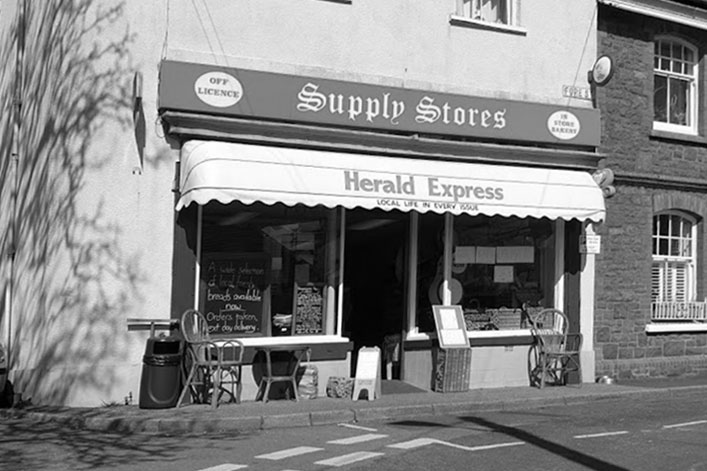 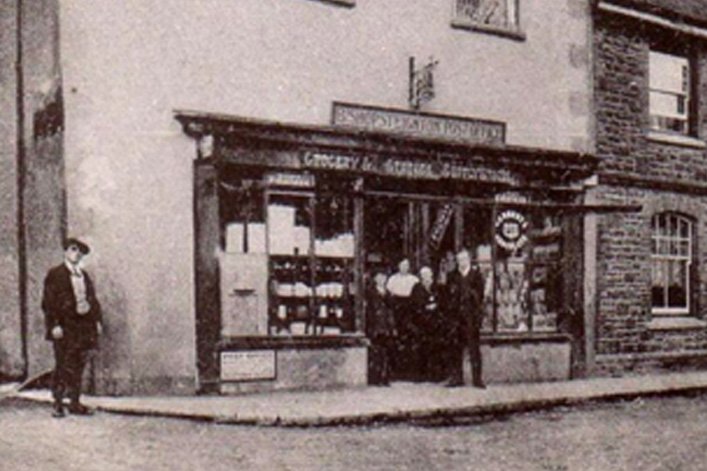 Here at BH we are looking for photographs of the shops and businesses in the village as they have changed over the years – not just old photographs, but more modern ones too, so that we can chart the changes. If you are rummaging in your attic or on your phone and you have any pictures of our shops, pubs or any other Bishopsteignton business, please do mail them to [email protected].

The story of HMS Argonaut; crippled by an Italian submarine attack, she made it across the Atlantic to be rebuilt and returned to the beaches of Normandy for D-Day. 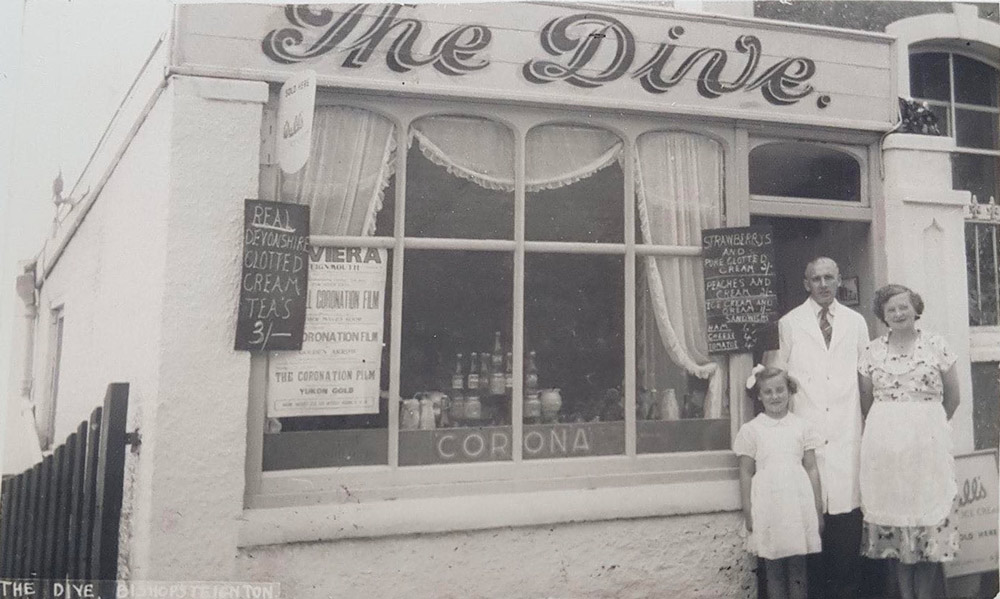 Bishopsteignton Heritage are very keen to get photos of  the many shops and businesses that have existed in the village over the years. If you  have a photo in your collection that has any of these establishments, even just in the background of an event or portrait please send a copy of it and any other information you may have to us at [email protected] – we would love to add it to our collection!

Norman Barnett was an evacuee billeted with Mr and Mrs Garland at the Bakery, Fore Street, Bishopsteignton from 1940-41. The following story was discovered in our archive. 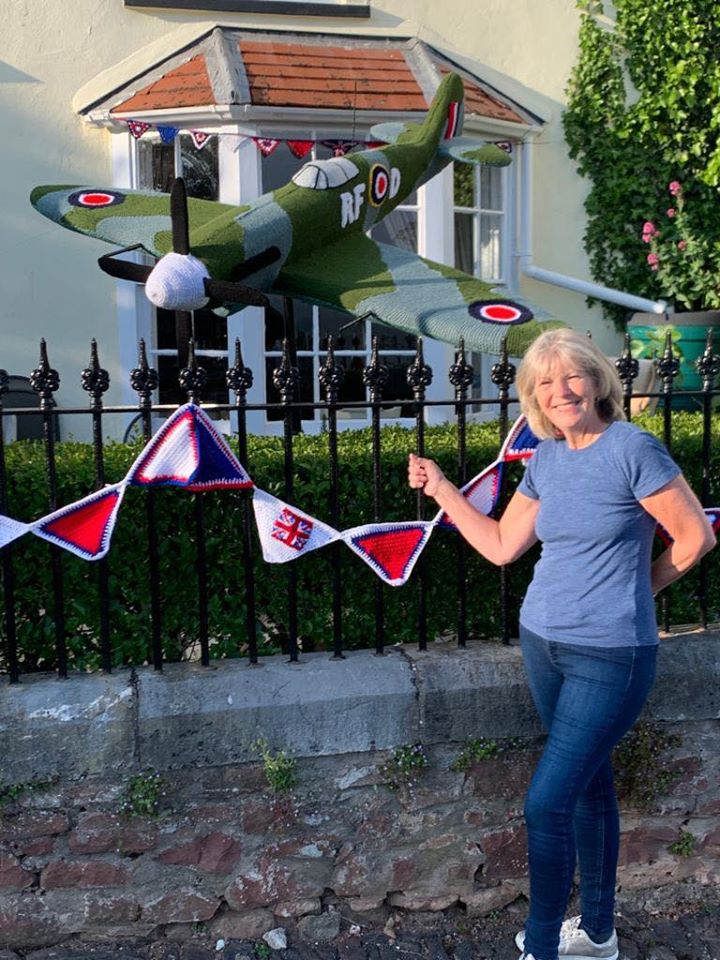 Against all the odds of Lockdown, BH managed to organise and stimulate a very memorable VE Day in Bishopsteignton. The original idea of involving as many as possible of the village activity groups to create their own projects for the celebrations was carried through online instead of physically. Many of our researchers and the leaders of the groups had gone into a degree of slumber due to the Lockdown, but we managed to rouse them to produce a whole raft of material including a knitted Spitfire, produced by the knitting group, which has been on display on the high pavement in Fore St., and made it onto the BBC Spotlight programme.

We also involved the WI, the Lunch Club, Singing for Fun, Digging for Victory, articles about nursing in WWII and the Battle of Britain.

We decided to produce a series of Countdown articles on the website to lead up to VE Day itself, highlighting the fun and party aspects of the occasion as well as the more serious stories. They included Music, Food, Dancing, Dressing Up, Heroes, Evacuees and Women at War. This last category proved extremely enlightening when one of our researchers sent us a photograph of her 98-year-old mother, who lives in the village, in WAAF uniform in WWII, along with the story of her work during wartime. The Heritage Lottery Fund office had sent out an email enquiring what various organisations were intending to do, if anything, on VE Day, and I replied with our plans. They then looked at the Women at War article and asked if they could use it for their national publicity, which they duly did. So our very own Mary Overill became their poster girl for VE Day as well as ours. This also stimulated various members of the community to come forward with photographs and stories of friends and family connected to the village, who were also part of the war effort, which is exactly what we are trying to achieve.

As well as the articles we encouraged the village to dress up and party in their gardens. To provide a soundtrack to the afternoon and so that the speeches could be heard around the village, Jason McMurray organised a total of 24 PA systems to be set up in the gardens of their owners with coverage for pretty much the entire village. The soundtrack consisted of 2 hours of music of the period, official speeches from the day and the Toast to the Nation’s Heroes, as well as other specific speeches designated by the Veterans’ Charities. All finished with a soundtrack of ‘We’ll meet Again’ and ‘The White Cliffs of Dover’ for people to sing along to. The effect was phenomenal and everyone came out to promenade and enjoy the day. A gallery of photographs and videos is now displayed on the website.

When Phyllis Blogg’s children were evacuated to Bishopsteignton from London, she came to visit them and ended up staying on. They were billeted with Kit and Jack Ward, who ran the butcher’s shop in Fore Street, opposite the Manor Inn.

Kit and Jack Ward were very popular in the village, taking in Phyllis Blogg and her family as evacuees during World War Two. They still have relatives living in the village, who have kindly filled in some gaps in their story.

Just after Bishopsteignton Heritage opened its doors to visitors at the HUB in the Community Centre, we were visited by a gentleman who, it turned out, had been evacuated to the village in 1941. His name is John Hope, and he was the nephew of Phyllis Blogg.