A record of the occupants of the Blacksmith’s Forge in Fore St., Bishopsteignton, from 1841 onwards.

Records confirm a blacksmith’s workshop on Fore Street in 1841 but it is highly likely that it was much older than this, sandwiched on both sides by 18th Century (or earlier) cottages.  This extract looks at the families that have occupied this spot and what we can still see of the original site. 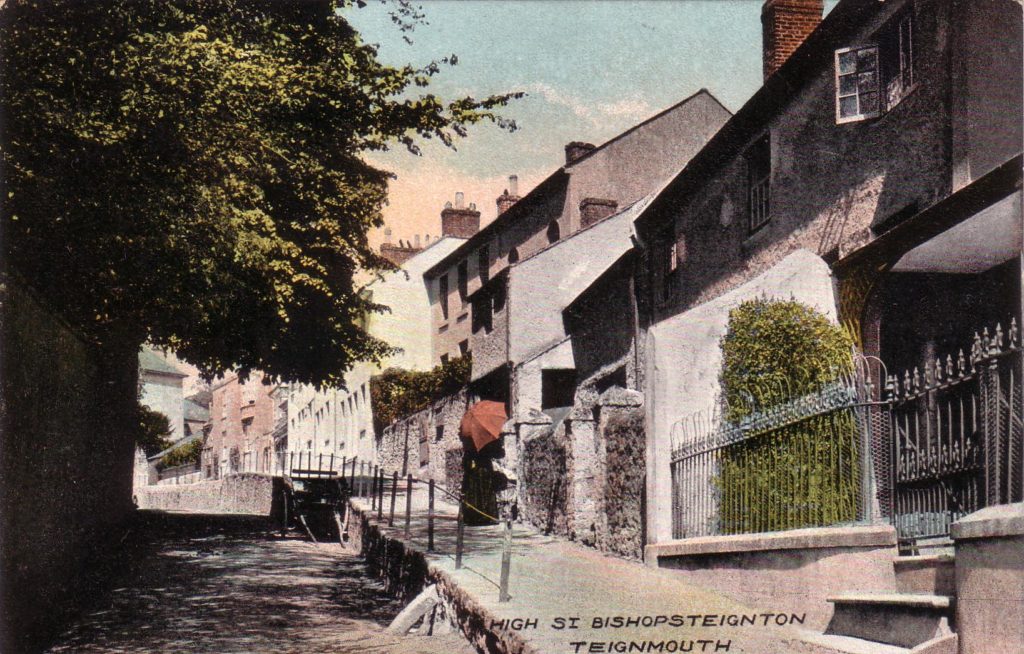 Empty carriage outside blacksmith’s awaiting horse to return. Horses were led up the raised pavement to the Blacksmith’s shop.

As well as the workshop and the loft, the families have occupied the adjoining properties as their families grew.

Premises: one messuage, tenement and linhay formerly described as a cottage and herbgarden, adjoining a dwellinghouse also in the possession of 2.

George Parnell was the farmer at Higher Radway Farm 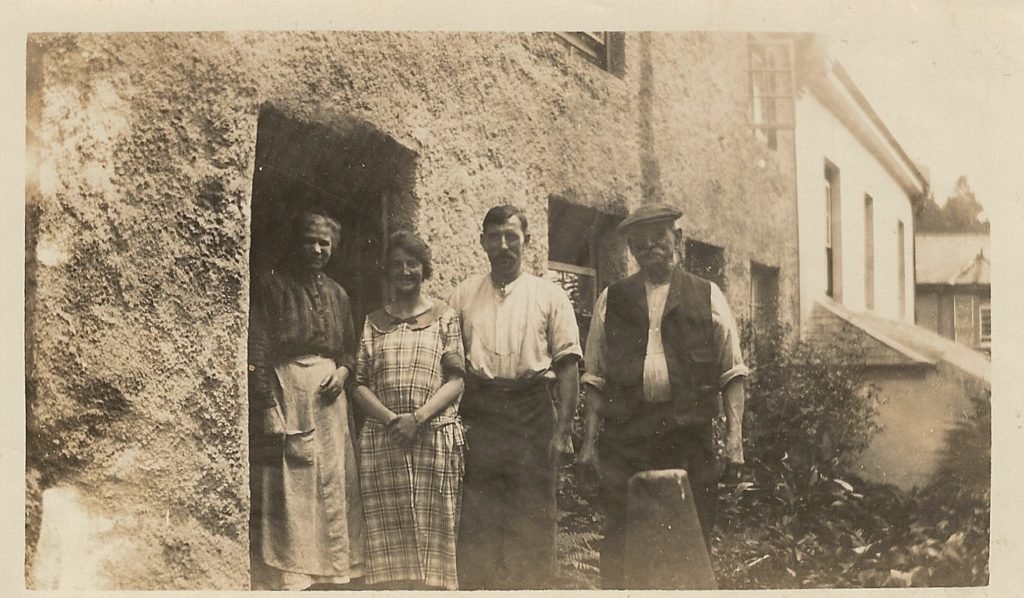 The owner of the forge gave the local authority the plot of land that the public toilets now stand.  Cloche Merle House was then named after the book in which everyone wanted a public toilet but nobody wanted it situated next to them. Previous to this name it was called Forge Cottage and is reportedly a plague cottage.

In pictures of the old forge a mill stone can be seen embedded in the ground.  There is also a mill stone outside the toilets.  Is it the same one or a fitting tribute to the previous use of the land?

To the left of the toilet block you can still see the original gable roof line and wall of the forge building.