A summary of the occupiers of Murley Grange/The Lodge, Forder Lane, Bishopsteignton, taken from the official parish records 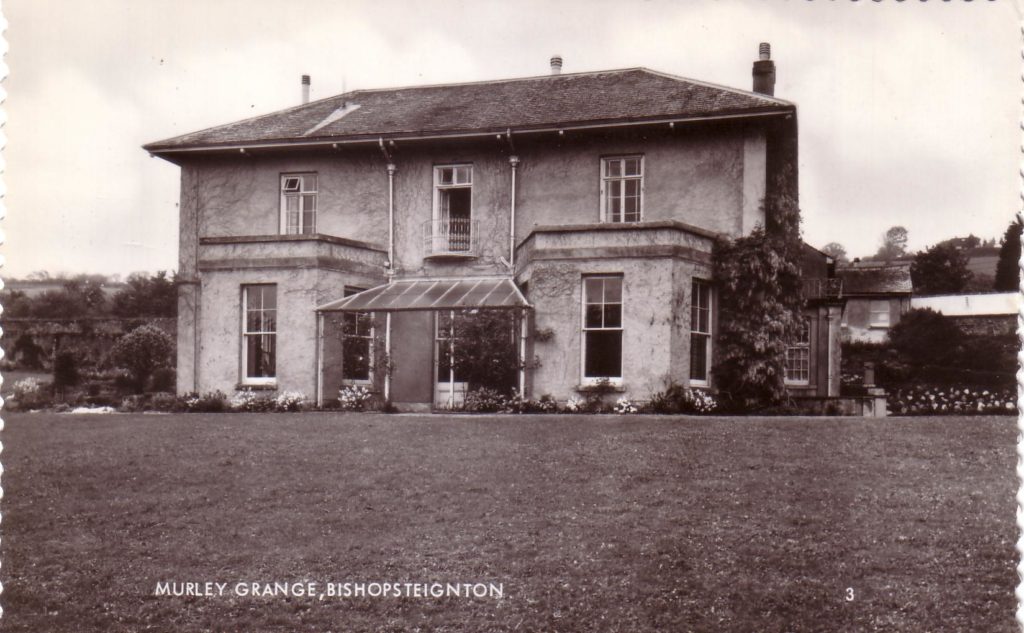 A summary of the occupiers of Murley Grange/The Lodge, Forder Lane, Bishopsteignton, taken from the official parish records

1814          The house was built by Admiral Edward Thornbrough and was originally named The Lodge.

1834          Admiral Sir Edward Thornbrough died on 3rd April.  He had been knighted at Exeter a few years previously.  He is buried in Bishopsteignton churchyard in  railed tomb east of the church.

1841          The Census shows the occupant is Francis Thornbrough, 75, female of independent means.  She has one female companion and six servants.

1849          Admiral Edward Thornbrough son of Sir Edward inherited the property and sold it to Mrs Harlston, (Huddlestone) who is shown as the occupier in White’s Directory of 1850.

1902          Kelly’s Directory shows the occupant is Oscar Koebel and that the name has changed to Murley Lodge.

1921          The Burial Register records the burial of Oscar Koebel, aged 75, late of Murley.  There is a memorial stone on the south wall of the church to the family.

1920          Cleland states that the Rt. Hon Christopher Addison MP Privy Councillor  bought the property.  He was a pioneer in anti-cholesterol theories.

1926          Kelly’s Directory states that Christopher Addison, a doctor was the occupant.  A road in Newton Abbot is named after him. 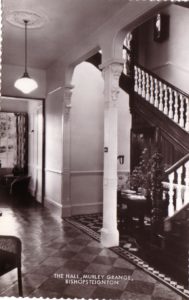 After the war Mr and Mrs Wilkey occupied the property and In 1960 the property became a convalescent  home for the Building Trades Union/Amalgamated Electrical Union.

Then in 1968 it became a hotel  with a social centre called the Merlin Club. 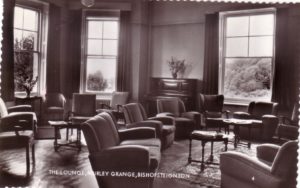 The lounge, Murley Grange, Bishopsteignton, when it became a hotel. 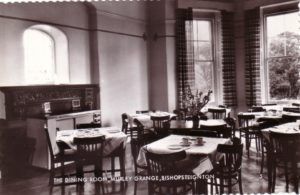 The Dining Room, Murley Grange, Bishopsteignton, when it was a hotel 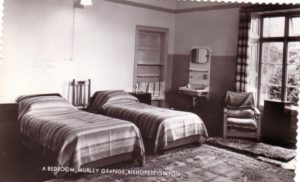 It was demolished in 1986 to make way for a housing development.

Photographs courtesy of the collection of Greg the Postie.