A summary of the occupiers of Myrtle Cottage, Fore Street, Bishopsteignton, taken from the official parish records

This is the building which is now incorporated in the Ring of Bells.  Originally it was designed to match Cross Gate with one cottage on either side of the end of Radway Hill.  The designer is reputed to be John Nash and the builder William Boone.  It has also been known as Wisteria Cottage.

1883 Kelly’s Directory shows the occupant as Joseph Vooght.  This is repeated in the 1889 edition. This is a cottage near to Teign Villas which took the name.

1891   Census Wisteria Cottage occupied by Martha Underhill living on own means with one house maid. 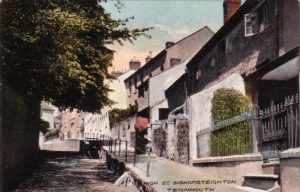 1911  Census Albert John French is publican of the Ring of Bells. Post Office Street. No mention of Wisteria Cottage.

Later the property became the Conservative Club, before it was made part of the public house on the corner of Radway Hill. 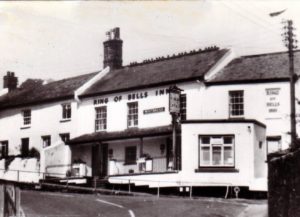