A summary of the occupiers of The Ring of Bells, Fore Street, Bishopsteignton, taken from the official parish records. 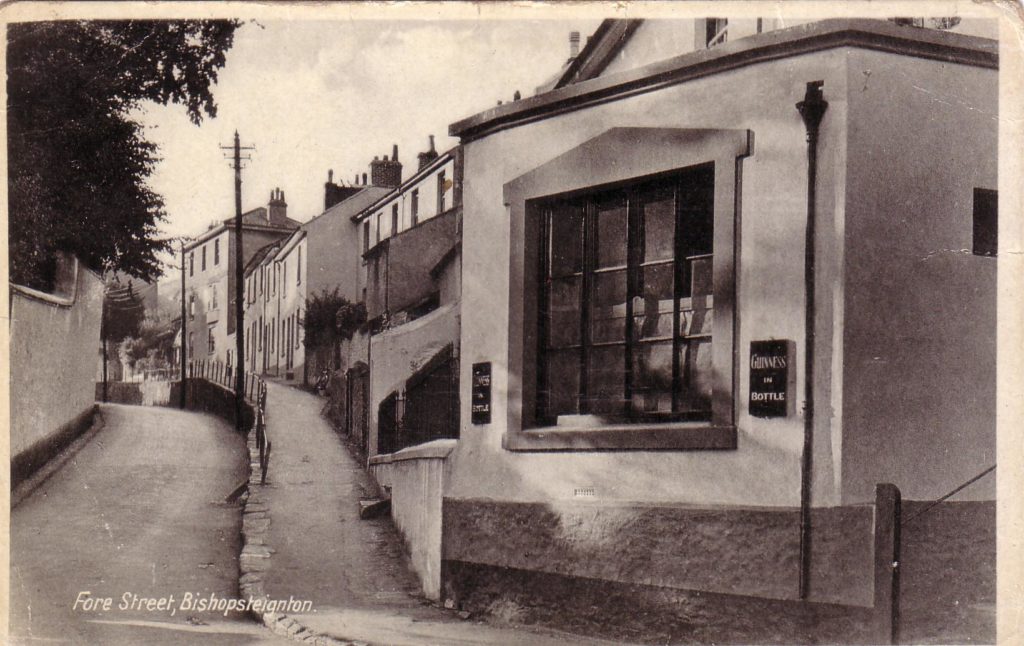 The original inn was a beer house on the corner of Radway Hill and Fore Street.  Later what is now the saloon bar was incorporated into the inn having been a dwelling house.

1837          The Baptism Register records the baptism of a child of Thomas and Harriet Turner, victualler.

1865          The Baptism Register records the baptism of a child of John and Eliza Sarah victualler.

1924          The Baptism Register records the baptism of a child of Samuel Thomas Aggett.

2018 The Ring of Bells is saved from closure.

Do you have any further information on the Ring of Bells or its occupants? If you would like to add to our store of knowledge you can subscribe and leave a comment, please see the link below.